Bonnie Lee (Sigler) Ellison age 49, of Missouri Valley passed away on Saturday, Sept. 4, 2021, at Bergan Mercy Hospital in Omaha, Nebraska. She was born Jan. 20, 1972, to Bernard (Bun) and Ruby (Armstrong) Sigler in Missouri Valley. She grew up in the Little Sioux area and attended West Harrison High School. At a young age Bonnie got a job at Longview Nursing Home working in laundry and later as an aid. She was blessed with three daughters Jessica (32), Nicole (28) and Courtney (26). She married Norman Ellison on Feb. 25, 2000, when she gained a step-son Nick (27). She enjoyed going to the mountains in Wyoming, she had a special mountain that she always called “my mountain.” She enjoyed dirt track racing, traveling with her husband while he worked on the pipeline and would go with him all summer so they could spend time together as a family. Her biggest joy in life was her grandchildren, she enjoyed spoiling them and having them spend the night. She would do everything she could to make her grandchildren’s birthdays special. She was there for her children whenever they needed to talk even if they had to play a game of “phone tag” to accomplish the talk. Bonnie was a lover of many things especially Native American things, bears and many other knickknacks. Bonnie was a great wife, mother, grandmother and friend.

Board of Supervisors tentative agenda Oct. 21, 2021 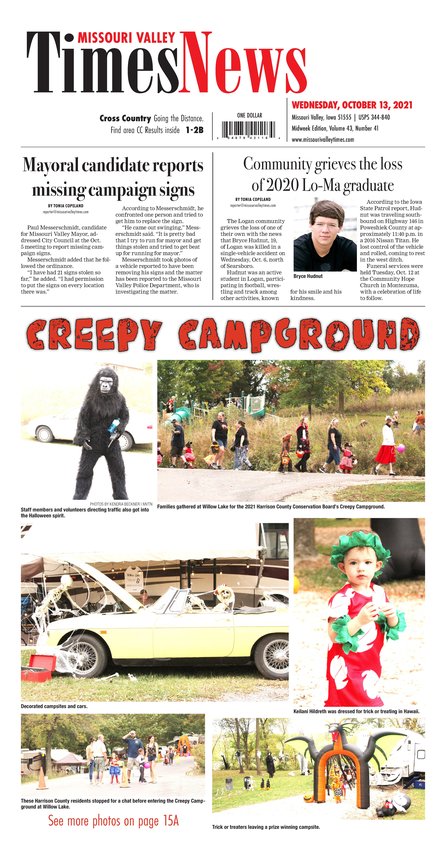