Leanna Mae Christensen, 93, passed away at the home she shared with her daughter Cathryn in Spencer. She was the daughter of Robert and Linnie Cox, born Feb. 11, 1927, in Pisgah. Leanna received her early education at Allen Center #5 Country School and graduated from Pisgah High School in 1944. After completing Normal Training in Woodbine, she taught at Barry School then moved closer to home and taught at Sunnyside. In 1946, she returned to teach at Allen Center and married Ward J. Christensen on Aug. 11, 1946. They celebrated their 50th wedding anniversary with family and friends, Aug. 11, 1996.

Leanna taught Sunday school from 1957 for 20 years at United Methodist Church in Pisgah, where she was baptized in 1929, confirmed at age 13 and became a member for life. After Leanna’s father helped them buy their first farm, she and Ward farmed most of their life together; as well as bought and operated the Co-op gas station, later the Farm Service gas station, in Pisgah and Christensen Service Trucking. She was proud of her ability to drive her own grain truck and drove with a guardian angel she named “Gib”. Leanna was always involved in her community as a 4-H leader for 20 years, receiving the Award of the Diamonds, volunteering at the DNR Tourist Center in Pisgah, where she shared her love of the Loess Hills with visitors, at the Community Center in Moorhead and as a member of the Pisgah Outreach Group. She loved all things in nature and taking care of animals.

Leanna was preceded in death by her parents; husband Ward in 2006; and sons-in-law, Stephen Smith and Jon Peters. Left to cherish her memory are her two daughters, Carolynn Peters of Milford and Cathryn Smith of Spencer; three grandchildren, Nathan Chambers of Portland, Ore., Neal Chambers of Kyoto, Japan and Marlo Clark of Spencer; four great-grandchildren, Christopher, Alanna, Connor and LeAnn; family friend, John Roberts; and those she loved and influenced throughout her life. Leanna loved her God faithfully and will be remembered for her warm smile and helpful nature.

A graveside service was held at the Spring Valley Cemetery, outside of Moorhead, on Tuesday, Feb. 9, 2021. Eric Springer and John Roberts presided over the service. The recorded musical selections were “It Is Well”, “The Lord’s Prayer” and “Irish Blessing". The pallbearers were Nathan Chambers, Marlo Clark, Barry Christensen, Dennis Perkins, Eric Springer and Lyle Wallis. The honorary pallbearers were Neal Chambers and Dan Perkins.

IGNITE Pathways answers the needs of many 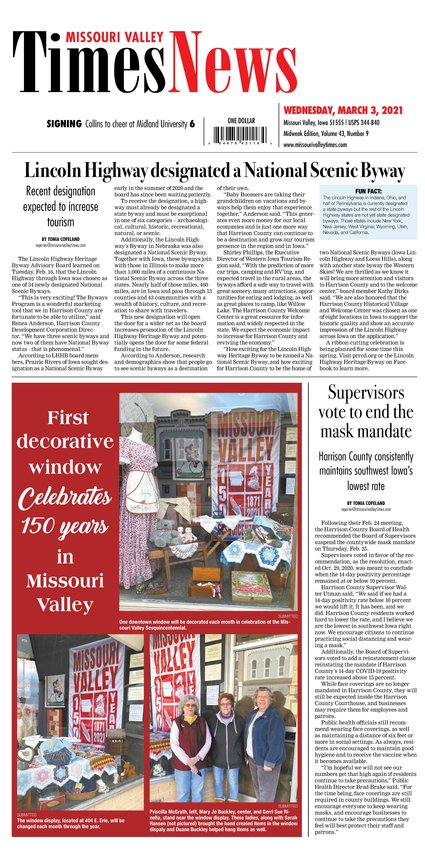